Lesson #3:How You Need To Use the Power Of Storytelling To Help Make Your Brand More Visible 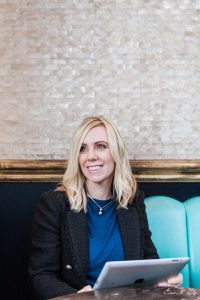 Nicola Rowley trained as a Journalist and worked nationally and internationally for 13 years before she began her multi-award-winning career in PR, working initially for Taylor Herring. It wasn’t long before she was launching TV channels with high impact stunts and generating coverage for a raft of high profile clients and celebrities.
Nicola has overseen and implemented some of the highest value campaigns in digital television and worked internationally across Africa, the Middle East and Central and Eastern Europe for BBC Studios (formerly BBC Worldwide). Before she launched her own Communications Agency NJRPR, she was the Head of PR for Thorpe Park and oversaw the biggest Fright Nights season in the theme park’s history.
Nicola is also a children’s author and one of her books, James and the Birthday Balloon was named Children’s Book of the Year in the Online Book Club Awards and won the Red Ribbon prize in the Wishing Shelf Awards. Her third children’s book is due out later this year.

Get notified when the enrolment opens.

Thank you! Please wait for our email reminder for when the enrolment opens.

25 Tips for making your accessory business a success.

You have Successfully Subscribed!

Get notified when the VIP enrolment opens.

Thank you! Please wait for our email reminder for when the enrolment opens.

Where should I send your free guide?